Showing posts from March, 2018
Show all

Girl Gamer: The Path of Perfection 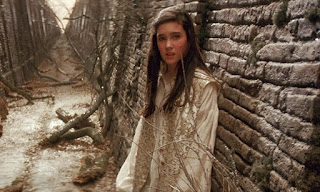 I remember when I was asked to join the Gauntlet Podcast. Jason and I had been having a great time at Mark Diaz Truman's Zombie World game during Metatopia two Metatopia's ago. We clicked. Our gaming style was so on point with each other. I didn't know who he was and he didn't know who I was. But it worked. It was a solid game and I delighted in it. That night, the Gauntlet Podcast became a patreon supporter of my blog. Later, on the podcast, a shout out was giving to me by Jason and it was hinted that he might ask me to join the show. Well, spoilers, he did. I was so excited. I had enjoyed gaming with Jason and had never entered an online gaming space. There were so many cool people who were already supporters of mine that existed in the Gauntlet community that I couldn't help but want to dive in. When I began to tell friends and community members about joining the Gauntlet, I didn't get the response I thought I would. People I thought valued me and my voic
Continue »
More posts