Showing posts from February, 2018
Show all

The Hated Ones: We Just Wanna Have Fun

As I settle in for a cup of tea and a good old fashion hate-watching of Fifty Shades of Grey, I'm absolutely shocked and appalled and genuinely disturbed by what's happening in the gaming community just North of our town of Toronto. While I had no intention of getting involved, shit happens. Two years ago I got involved when asked about safety tools and making a con inclusive. Several women organizers spoke up. We were told to tone it down, we were dismissed, and we were shouted down by con attendees who hated the idea of changing their ways to accommodate a safer space. Silenced, we women departed. Until a lovely person wrote an article about the sexism she experienced at this convention. The con organizer posted it to the group (which was awesome) and then promptly everything fell apart. The behaviours from 2016 happened again. Deleting of messages that weren't supportive of the con. 24 hour banning of those who were saying harassment was happening. Silencing. We were
Continue » 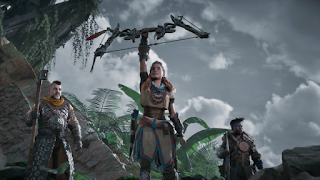 Recently I played and finally finished Horizon Zero Dawn. It's an amazing game, full of all the things I want in any game. Diversity, incredible story, impressive characters, badass moments, and meaningful layers of nuance. Except the ending. The ending is one of those endings that promises other games (fuck yes) but it does it in a way I can't stand that I'm solidly convinced is bad story telling and bad GMing. And yes, I see all media as GMing in one way or another. At the end of this game, the bad guy you thought you killed is still alive. The threat is stopped, temporarily. It's not a real win. You were promised it was, but it wasn't. Just like in the end of Season 2 of Stranger Things. You thought you won, but you didn't, jokes on you! Monster is still there! What is this nonsense? Honestly, it's just... cheap. It's an easy out for a cliffhanger to get you back in. It's a cheap trick to keep the story going. When this trick is used in gami
Continue »
More posts