One Woman Party: Everything I Do Is Political

May 12, 2017
"What's your game about?" he says.
"About monsters trying to be good people as they fight a battle against evil in a dark carnival."
"Awesome!" He looks really excited.
I hesitate. "It's mostly about Othering and striving to belong in society but not being able to really achieve that because you're other."
"Oh. Why is it about that?"
"Because I'm a woman in a man's hobby." 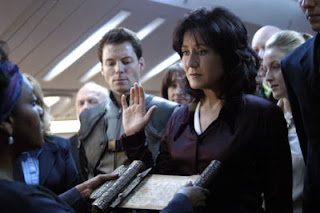 Everything I do is under examination. Everything I say about gaming, about my life, about my beliefs, and about my convictions is picked apart. If I've ever said one thing wrong it can be brought back to be used against me or my character. If I waiver on an opinion, it's enough time to let the wolves close in. If I am too mean to douche canoes, then that makes me a bitch. If I'm too nice, then I'm walked all over and talked down to. If I show too much skin, I get lumped in with booth babes. If I'm not showing enough skin then I'm obviously ashamed of being fat or a lesbian. If I use authoritative language, then I'm being pushy. If I use question marks and exclamation marks and emojis then maybe, just maybe, the man I'm talking to will read the email without feeling like I'm telling him to do something.

If I falter, if I misstep, if I lose momentum, there is a man waiting to take what I have worked hard for away from me. As convention season begins in earnest in Toronto, my daily dose of male privilege escalates dramatically. I speak in a group of feminists about having to use "passive" language in order to make males feel secure. I confer with my colleague about what it means when a member of our team says we're "politically correct enough" and that it's "gotten better" for minorities in gaming so we shouldn't put more work in. I have volunteers who will only answer emails sent by a male colleague. I have male volunteers asking me for personal favours for their comfort. I have male volunteers sending me long emails about how amazing their games are and their homebrews or heartbreakers are. I have males telling me I didn't accommodate them enough. I have males telling me.

I sit at the table, sign up sheets spread out in front of me, proud on our gender statistics this year as I see more and more women, trans, and non-binary folks sign up for games. The rates increase yearly, but so do our women, trans, and enby volunteers. It's a thing that Rachelle has really been pushing for and it's amazing to see the growth. I smile at Rob, get up to take attendance and social media photos. I ask at one table: "Can I take a picture for social media?" A dude answers: "Can I get a kiss in exchange?" 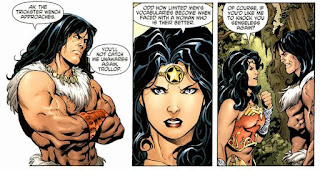 The moments of pride and victory are easily shattered. One person can destroy your good mood. They can make you feel unsafe, violated, vulnerable. And most often, in my experience, that person is a man. That isn't to say women, trans, and non-binary folks aren't awful sometimes too, they are. But in my experience, the ones getting political on me, the ones pointing out I'm different or scrutinizing my every move, are often men.

Men aren't the problem, though. Our culture is. This idea that we must scrutinize and examine what women do. I'm so horribly cautious about every step I take that it's kind of exhausting. I worry about what happens when I sign a contract with a gaming company and what message people will read into that. I get worried when I find my blog linked on a forum and watch people speak for me and my opinions. I get concerned when something I've said in private or casually gets posted somewhere. I get extra nervous when people know me at conventions. Everything I do feels like it's under a microscope because everything women do is.

The luxury of being able to ignore politics isn't a topic we talk about a lot, but it is one we need to address in culture. Many people love to say they don't want politics in their gaming. I try to gently point out that the only people who can say that, and get away without having politics in their gaming, are people who aren't impacted by the politics. And by politics, I mean problematic shit that's happening. It's easy to ignore sexism when sexism doesn't impact you. Just like it's easy to ignore racism when you're white. Why? Because it doesn't hurt you.

For those of us who are hurt by "politics" and those politics comment on our existence, it means we can't ignore them. It means that we live the political landscape daily, and as a result, politics impacts who we are. From there, politics tell us who we can and can't be, and thus, everything we do is political. I don't know how many times I've decided to do something, or thought about doing something, and had someone question me with "What do you think people will say?"

Recently someone quoted me on some random forum and took a quote from one of my blog pieces and said "Kate said this. Therefore all women feel this way" and I stared at my screen for a good ten minutes, aghast. I can't have an opinion without it being somehow brandished about like a weapon or proof of something. It was a really awful moment of realization that I can't talk, I can't exist, without someone scrutinizing everything I do.

There are many, many times I've seen people want to pull away from politics and politics follow them. I could probably disappear at this point and just fade into even more of the background of the industry and it wouldn't be a big deal. But for some women, they try to leave and harassment and abuse follows them. When they try to re-enter, people continue the onslaught, even from years ago. They don't have a choice. If they remain silent, it says something. If they fight back, it says something. 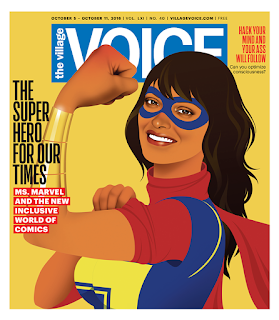 For those of us who can ignore the politics involved in gaming, I gently ask that we stop. This is our community and our industry, and if we use our voices to help those who can't escape the politics, we might just start making a difference. Change is slow. It's slower still when a good chunk of the community values fun above the safety and rights of others. It's okay to like and love fun. But it's also important to remember that sometimes your fun is indirectly hurting people.

We've seen, well, at least I've seen a lot lately that really demonstrates how inescapable politics on who I am are. The harassment of women in the industry for the choices they're making or the games they're designing or the way they choose to speak up or act out is becoming rampant. Women are not excused from criticism, no more than anyone else is, but it's important to note that it's usually men criticizing women. And that somehow escalates into harassment.

Why we can't treat women, trans, and non-binary folks the same way we treat men, that is, by not harassing them if we disagree with them, is a little beyond me. I mean, I know it's a power structure and there's a lot of cultural context and social construction, and yeah, sexism, but we're gamers. We're the people who spend all of our hobby time imagining the lives of other people. We are story tellers. Story telling is the absolute best way to get people to empathize and relate to us.

And yet, despite countless stories of abuse and harassment, the victims are still being silenced. This is our community. This is our story. We are the story tellers and we can change the story and the narrative so that we act with love and compassion and stop making politics impact those with less power than the rest of us. We can stop supporting a foundation that holds up sexist, racist, ableist, transphobic, and queerphobic ideals. We can knock it down. We can shake it. We can change it.

Those conversations that you end up in or bear witness to where the words focus on judging people based on what they are, not what they're doing, are ones you can question. Make the conversation about the issue, the real issue. The sexism. The racism. The ableism. Question why you're discussing the tags on that person's body rather than who they are or what they're doing. Question the people in that conversation until they can see that they're being gross. And then discuss that. Discuss how we can all do better than to break down people's rights because of their culture, sex, race, or gender.

I don't speak for anyone but myself. Politics influence everything I do. As I watch more and more people land on my blog, I get anxious. It's not because I don't want you here. It's because I'm afraid of another attack. I watch how flirty I am, or who I flirt with, or who I hang out with. I'm always waiting for someone to start hating me. Every table I go to when I enter a con fills me with a bit of dread because any minute now, someone's going to push their politics on me. I will never be just a woman. Women are political because politics says we are.

But for most folks, politics don't impact them in their gaming space. It only knocks on their door when someone else has been hurt and suddenly the community is in an uproar because someone couldn't escape politics. I invite you to keep that door open. To walk out of it. And become political. Keep the conversation going. Lend your voice. Shut down when people make others' lives political and change the conversation. Hold each other accountable. Act with love. Stay fierce.


Who has choices need not choose. We must, who have none.
- Peter S Beagle, The Last Unicorn