Breaking Down Tropes: The Damsel in Distress 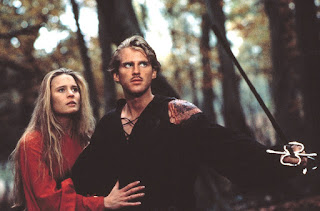 My BDT series has been short lived and just two topics so far. The Alpha-Male and the Lone Wolf. Both of these tend to be geared more towards male stereotypes than not. Honestly that's because I find breaking apart male stereotypes way more interesting because I'm not a guy and I don't really feel the pressures of those stereotypes. That, and men based stereotypes generally have layers and aren't, well, sexist. There's usually some depth there.

Women based tropes tend to be, well, gross. But I decided, probably against my better judgement, to jump into women based tropes and see if there was anything worth salvaging. At worst, I can tear apart the trope and try to make it clear why people shouldn't be using it, at best I can find some good bits and figure out how to play around with the trope without sliding into problematic territory.

A Damsel in Distress is a woman who is used to drive story forward by getting kidnapped and thus requiring rescue. She's often the sexual object, the one who will fuck the hero, sorry, love the hero, after he rescues her. She needs him. She's not capable of rescuing herself. She is helpless. She is an object to be treasured.

There's not a lot of good in that. And yet, part of me is always interested in exploring the witless damsel who has managed to get herself caught. Lily in Legend was one of my favourite characters. I found her sudden manipulation of Darkness compelling, as well as her struggle to not give into Darkness. Leia was kidnapped, tortured, and rescued. There are moments for the damsel that can be interesting, and ways to make the damsel even less of a damsel. 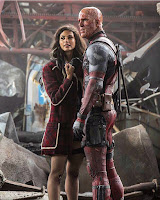 Subverting the trope seems to be, according to my limited social media research, where people dig this trope. Whether it's a lure for the good guys and the damsel is actually a femme fatale, or it's a dude needing rescuing and being vulnerable, most people now-a-days stay away from the woman as damsel trope. I'd like to say this is for obvious reasons, but I think it's mostly because the trope is dated and boring, not because it's sexist and offensive.

A few things popped into my mind when I started thinking about the damsel stereotype. One, that I had been a female character who needed rescuing by a male character before. And two, that helplessness doesn't mean a character can't have agency and growth from their experience. The trouble with the damsel is the reason she exists. She's there purely for the hero, to be an attainable goal and object for him to help save and then own. If we remove the agency from the damsel, as we do in literature and media, then she becomes nothing more than a prize.

If, however, we give her agency back, we see stories like Leia's, who's a damsel who needs rescuing but also helps rescue herself on multiple occasions. While a lot of people had said they like seeing the gender changed to a dude damsel on this trope, it's a stance I tend to disagree with. Sure. Men can need saving too. And we should totally have scenarios where it's the man who's the victim and not always the woman, because the default is woman victim and that shit needs to stop.

In Avengers, it's Clint that needs rescuing and that's awesome. But taking one of the tropes we have for women that is a fairly toxic trope (like almost all tropes, I'm finding), and giving it to men because that's different and interesting, just essentially removes women from their trope. It doesn't fix the trope or explore the trope in an interesting way, it just changes the gender presentation and says "there we go. all fixed" before neatly walking away, ignoring all the deep seated issues around woman as damsel.

Sidestepping what this trope is about isn't a way to explore the trope. Is there something to be said to play the damsel and have her learn to become independent and capable? Is it a good launching pad for something amazing, a character arc I know I wished I had seen growing up more and more? What if we take a strong character, someone who isn't emotionally vulnerable, and we put them in a situation where they're vulnerable, thus offering a launchpad for character growth, vulnerability, and emotional scenes?

Being taken prisoner makes you very vulnerable. It also makes you a victim. Regardless of gender, a captured person is now in survival mode and while they may need rescuing, they are by no means less of a person now that they're captured. We watch Mal and Wash get tortured and captured, and while they have lost movement, they remain compelling and captivating characters. Why doesn't the damsel do this? And how can we make her?

Naturally, I will err on the side of caution and tell GMs not to make women your default victims. Just don't, okay? Moving right along, having damsels doesn't mean they should be taupe without cause, agency, reason, or skills. If a woman needs to be rescued, the reason she can't save herself better be pretty fucking compelling. The reason shouldn't be "well, she just can't" or "because she's a woman." Seriously. Don't. Women are not default victims.

If your damsel can't rescue herself because her normally badass self is under extreme magic or mind control or is there because someone she loves is under threat and the hero stumbles in to muck it all up, then all the better. Make that damsel complicated. Make her have layers and motivations and thoughts and feelings. And ensure she isn't a sexual reward for your heroes. She shouldn't jump into bed with whomever saved her, because honestly, it's gross and treats women as sexual objects to be earned.

The most important thing is to make your damsel active and give her agency. Don't make her a character just there to be rescued. If you have women PCs in your game, don't damsel them either. Don't kidnap them and make them useless, let them fight their way out, let them find their own ways of getting out of a horrid situation. Yes, their friends will mount a rescue party and that's fine, but figure out how to let her be an agent of her own rescue, even if she can't escape the baddie, she should be able to help her friends as part of the team.

When playing a damsel, or a woman character that needs rescuing, it's often hard not to feel like a plot device. I don't know many people who try to play the damsel, so much as they got tossed into the role for the sake of plot. I know I was running a Deliria game once, and deliberately the trope came up as it was a wish granted to fulfill a guy's gross fantasy. The woman who was the princess who needed rescuing was rescued and became her own person. She had things she wanted, people she dated, and had learned to become a functioning member of society and fight back against the darkness that created her to begin with.

The characters around her had really complicated feelings about her. One woman hated her because she wasn't real and represented everything wrong with a man driven society. One man felt sorry for her that she didn't have a purpose beyond being saved and tried to white knight her. Another woman told her to step up and fight back against the stereotype she had been forced into. It was a really compelling series of scenes over an entire campaign.

But the one good thing that being the damsel can do is take a regularly stoic, non-emotional character and give them a chance to explore vulnerability. When my strong, independent, never emotional hunter in an Urban Shadows game was drugged and capture for experimentation by her thesis advisor, her sexual partner who was someone she had semi-fuzzy feelings for was the one to save her. Now normally in the game, my hunter spent all the time in the world saving the dude, who was an oracle. This was the one time he saved her. I would have loved to have more space at the table to explore how that made her feel.

Because it made her feel weak and vulnerable and it was the first time she would've suggested quitting. She was afraid, and the hunter was never afraid. There was a chance there for character growth. I, as a player, had full control over saying yes or no to what was happening in the game, and I said go for it. I personally had agency. My hunter regained agency quickly and made a really awful choice of killing the person who captured her immediately after being freed. The person who captured her was a human being and it was a horrible decision.

Can the damsel be redeemed? Well, yes and no. It can't be used without thought, contemplation, and layers of agency and character built around whoever's being captured. A princess can't just be a princess. She needs to be a person, too, and that person needs to be compelling and well thought out. The days of using women as bait should be over, and the damsel may need to retire her place in our stories if progress is to be made.

We can twist the damsel, we can make her actually the villain, friends with the baddies, actually capable but manipulating the heroes, or we can make her a man. That is how we play with the trope. But we rarely see people take those moments of vulnerability and fear and turn it into an emotional role play moment. We rarely see the damsel acknowledge her role, learn from it, and move forward. Yet we embrace the Mortal playbook from Monsterhearts, the essential damsel, the one who's emotionally abused at every turn and is there for rescuing and threatening.

The mortal can stay the mortal. She can turn into Bella and only do things for the sake of her Edward. Or, she can dust herself off, put her trope on the shelf, and decide to be an active participant in her story. To me, that's the moment the damsel becomes compelling. When she decides that after the traumatizing event that happened to her, she's going to do something about it. She won't be the helpless damsel ever again. She won't be the victim.

Play with the damsel if you can. Invite her out to a session, and see what emotional play you can have with it after. Twist her, paint her up, or strip her down and see what's there. We can look at her from her point of view instead of the view of men and see what we can find. Because sometimes we need rescuing. Is every rescued woman a damsel? No. But every pointless woman dangled as bait to the party is a damsel. And that bullshit needs to stop.

I love playing the mortal. I love the journey of finding agency because I have been the damsel. I have been the girl in an abusive situation who needed rescuing. I was rescued. And today, I'm more badass for it. I'm more compassionate because of it. And you can bet that I'm a fighter for it. Damsels are people. We just need to let them show that, and tell her story instead of letting it end with the hero's kiss.