March 31, 2017
You know when you're at a game, and you're in the zone and you're doing the thing that your character is actually good at and sure, it's a spotlight moment for you. And you do the thing. You roll a critical success. It's fucking epic. You are jamming and talking and really digging what's happening. And then the next minute, someone says "Why are you doing that? It's stupid."


Be still your little gamer heart. You've just been invalidated.

Invalidation. It happens a lot at the game table and it's a way for people to weed out social behaviours they don't like or don't find interesting. Some of this is well intentioned and poorly executed. Some of this is just trying to control a situation to suit ourselves and that's also pretty crappy. None of it is a particularly good practice and one that makes us crappy citizens and mean friends.

Yet, the common thread of telling people what they're doing is boring, stupid, disinteresting, or doesn't make sense has become such a normal part of gaming, that people I know still have anxiety about those moments. There are people who come to the table forgetting that the game space is about collaboration. Maybe it's a lesson they've never learned, or it's a part of our community they haven't encountered yet. It's entirely possible that our toxic practices go unnoticed until we don't have many friends and we've just ended up with the gaming group that will still take us and not the one we want to be in.

Many of us are so accustomed to believing gaming should only be a specific way, whether we're from the trad or indie crowd (or heaven forbid, somewhere in between), and our views are often confirmed by those we play with. When someone ends up going against our grain, we often react by telling them they're wrong. We often don't actually ask why, or see what they're doing from a different angle than our own.

There's a lot at play when we look at this behaviour. Usually, when I see this, it's an attempt to shut down behaviour someone doesn't like at the table. They usually don't like the behaviour because they don't find it interesting. So, for me, I see story gamers shutting down long combat, and trad gamers shutting down extended role play scenes because they drag. Neither are inherently bad to do, except that you're inadvertently telling someone that they're boring. And that can be super hurtful.

As much fun as running around hurting people is, we really ought to avoid it. For starters, it makes our community toxic. Secondly, it makes you mean and unlikable, and also, toxic. And finally, it doesn't really endear you to people. While the nerd community has tried to champion the "we accept all" mantra, it's becoming more and more clear that all doesn't mean everyone. And it shouldn't. Being a jerk because someone isn't playing how you think they should might get you kicked out of the club.

But let's talk about what's actually happening so you know why this isn't cool. Invalidation is where someone tells someone else what they're enjoying, what they're doing, or how they're behaving isn't a valid thing. As in, tells them that they're wrong to be doing what they're doing and what they're feeling about that thing is wrong. So if I'm being particularly interested in being a sarcastic know-it-al bard, and you tell me I'm doing it wrong, you're telling me that what I'm interested in is fundamentally wrong. 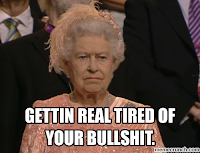 Different play styles do not mean one side is right and one side is wrong. However you like to play, as long as it's allowing for other people to also have the spotlight and for the team to function together (I hesitate to say 'and everyone is having fun' but something like that), then however you're playing is probably fine. When someone tells you that you're role playing too much or wanting to fight too much, that doesn't mean you're doing it wrong. It means they don't find it interesting and they think it's wrong. But it's not true.

We as a gaming culture work very hard at not communicating. Despite playing cooperative games, we sometimes suck at cooperation. Part of being a good citizen is understanding that everyone enjoys different things in a game, and that while we may not enjoy all the things, that doesn't make those things we don't like wrong. I hate combat. The more simulationist the more I wanna poke my eyes out. But some people enjoy that and that doesn't make them wrong. It just means maybe we won't like the same games and we probably won't play games together much. That's okay.

Not all of us have the option, like I do, to switch between different gaming groups to fulfill our gaming needs. This means we have to try to squeeze how we like to play into a group of other people who maybe don't like that. I have one friend who always plays somewhat comical characters. In a trad group, he would be the difficult player. In the indie group we hang with, he's the oddball we weave in with our stories. He has multiple stories of his trad gaming group calling him an idiot and being mean to him, but never not allowing him to come to the game. I keep asking why he stayed and he replied, every time, that it was because they were the only gamers he knew.

This behaviour of being mean to people so they'll play how you want needs to stop. We need to step back and assess this situation. It's absolutely valid to feel that someone is taking up too much table time if they're doing things solo and not involving the group in their hijinks, but it is also important to remember that the game is there for everyone to participate in. This means, sometimes, having multiple play styles at a table.

When this happens, we need to adjust our expectations. It's great when we're all on the same page, but that's not always going to happen. It's important to remember that what other people find fun, we might not, and at a shared table, we need to make space for those people. We need to let people have fun or role play or roll play however they want as long as it isn't harmful or problematic. We need to smile, join them, or sit back and watch, and then take our turn when it comes. 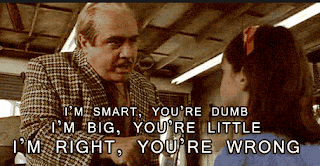 Invalidation really hurts, and it can make a normally outgoing person suddenly close up and stop engaging in what makes the game fun for them. How do we avoid doing this? Don't call what people are doing stupid or wrong. Don't tell them they don't know how to play. If you find it's getting out of hand, try getting involved in what they're doing to progress the story, or simply ask if you can move on in a gentle way. It doesn't need to be said aggressively or meanly.

You can talk to the person after game to see if what they want from game is what the game is going to deliver. You can have a conversation about what you're both trying to achieve and work together so that both happen in the game. You can check in and see how they're feeling about the game, and how you can help make it better for them, and how they can help you have a better time too. There are lots of communication options that don't immediately go into invalidation and hurting people.

Next time someone is doing something at your table you don't like, pause and ask if it's hurtful, harmful, or problematic. If it's not, and it's just someone playing the way they find fun or entertaining, then don't be a jerk and invalidate their experience. Join them, try to have fun yourself, and also remember they're probably going to be playing the parts you find fun and they don't too. Open communication between everyone can help save a situation from going south really fast.

No one should be told they're doing it wrong when they're just playing a different play style than you are. No one should be made to feel inferior because they don't enjoy the same things you do. We can make our games, our community, and ourselves more welcoming by being kind, thoughtful, and gentle in our approach to people. Always approach each situation with love and understanding, and let that guide you in how you talk to people when you don't agree with their play.