Allies and Dice: Creating Diversity as a GM 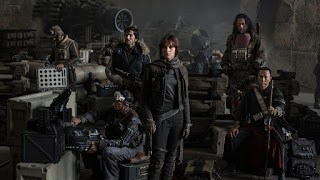 Last year I was sitting down at my desk (see: couch) and going through all my NPC cards for my Urban Shadows game. As I put them in neat little piles for their individual factions and updated the back of their cards with their recent drives and needs, I glanced at their pictures. I had Julius the Fae, Dallas the Angel, Essex the Wizard, Andreas the Hunter, Ruth the Werewolf, Lexi the Tainted, Morrigan the Fae, Amith the Immortal, Gabrielle the Immortal, Amy the Hunter, Fahad the Tainted, and many more. There were some more white characters, but overall, I felt actually pleased with myself as I looked over my cast of NPCs.

And then, as I began to pick out more for the next slew that would come up in rumours, and I looked at my pictures, I realized I never searched for Asian faces. Ever. I made a point of adding characters with a variety of ethnicities, because it was capital I important to me, but for some reason, I didn't have Asian characters. I was a Marvel movie. I then spent the next five or so hours actively hunting down faces I liked for new NPCs, printed them off, and had them ready to go for the next game.

At Metatopia, I was sitting down with the amazing Elsa Sjunneson-Henry to talk about Crossroads Carnival and disability. Naturally, there's a huge amount of discussion needed in a game about sideshows and carnivals. I was thrilled Elsa was willing to meet with me and discuss my game with me. When we got to talking about art, she mentioned disabled people in art, and of course, thought of the mermaid on land, or the barker. I was excited but also ashamed I hadn't thought of having disabled people in my art. It never crossed my mind. 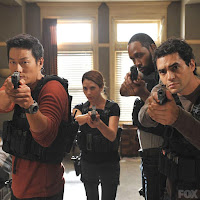 Why are we so blind that we don't see what others so easily can notice is missing? I mean, the obvious answer is privilege. We don't see it because it doesn't impact us. Of course I'm not upset when I don't notice Asian characters unless my attention is drawn specifically to it, because I'm seeing something that reminds me of me usually, which is white people. I am abled bodied, so I don't notice how much of our entertainment isn't inclusive to those who are disabled. I should. And I should make an effort as an ally to demand better.

When we run games, I often hear people talk about wanting to be a diverse and inclusive GM, but also hear people afraid of stepping on toes or playing an NPC incorrectly or without cultural sensitivity. Just because we aren't a part of those minorities we seek to include, doesn't mean we shouldn't include them. Our games should look like our world. For me, living in Toronto, that means it should be rich, diverse, full of people bringing tradition with them while also bucking off tradition in the hopes of assimilation or in being whatever they think Canadian is. It's full of people striving, regardless of ethnicity, and each of those people are full people, not an offensive stereotype.

As I talked to the internet, it became clear people wanted me to somehow talk about how to be an inclusive GM. This worried me, because as you can see, as much as I strive to be an inclusive GM, I am certainly not perfect, or flawless, and I am learning as I go. I am stumbling, reviewing what I did wrong, and moving forward with love and good intention. But I also know my good intention doesn't mean anything if I hurt someone. You should know that too.

This made me sit down and think about how I've tried to be more inclusive and aware as I progress through my gaming career. Certainly a good part of it starts with wanting to be an inclusive GM. Personally I have struggled with how to include people in my games as NPCs that I don't fully understand. Meaning, how do I include cultural and ethnic backgrounds for people I don't share that background with?

One of the best ways I've figured out to do this is to make sure all my NPCs are people. Full, fleshed out, wanting things and striving for things, people. They're ordinary folks doing ordinary things (or extraordinary depending on the game) and their drives as a human/supernatural being are what takes front and centre stage when I'm running the game. That's been my key from the beginning. Always play people like they're people.

When I'm assigning features and faces to these characters, I ensure that I'm choosing diverse names, diverse faces, and if I can, adding in some bits of culture that don't fall into stereotype land. While I think it's important not to whitewash diversity, meaning having only a superficial diversity, when we incorporate cultures that aren't our own, we have to be careful we're not appropriating or being disrespectful to the cultures we're dealing with.

Sometimes this means acknowledging that many racial and ethnic groups live below the poverty line in a city, or aren't welcome because of racism. You may not want to play with racism, because it's not something that interests you or your players, but isn't fair to actively ignore that in your game if you're playing in a modern or urban setting. You don't need to have it as a flag waving in front of people, but it can be in the background impacting your NPCs. I've had this pop up once in awhile with mistrust in authority, a community coming together, and feeling othered by the PCs.

I find when it comes to ethnic and racial diversity in games, the big key is to avoid stereotypes like the plague. There's a great section in Urban Shadows by Andrew Medeiros and Mark Diaz Truman that everyone should read about how to be conscious of stereotypes and how to bring in diversity without being gross. I loved this part of the book and I do recommend everyone take a peek at it.

When it comes to including more genders in your games, it's easy to say just add more. Have more women, more trans, more nonbinary, more genderfluid folks. I have personally been working on having more genders in my game as well. As a ciswoman, I often easily default to female NPCs or male NPCs. I often forget to make a genderfluid NPC or a trans NPC. This habit is breaking down pretty quickly for me. I've taken efforts now to ask for pronouns for folks characters and ensure that all pronouns are welcome, and in doing so, I also have opened up the space for my NPCs to have pronouns like they/them and ze/zem.

I try to make sure I'm balancing my NPCs in terms of gender so that power is distributed amongst a variety of genders. I do the same with ethnicity and race. I don't want to have a bunch of black characters who are all lacking agency and have no power. I want there to be a good balance across the board of powerful and vulnerable characters of all genders and ethnicities. Much like with ethnic and cultural diversity, gender diversity includes being a little bit aware of issues going on around gender and equality.

If you're not a woke individual, spending half an hour reading some articles about these current issues can help make you feel a little bit more comfortable with diversity. I know I grow more comfortable in having a diversity cast of characters in my games when I know more about how privilege impacts those minorities. Even if it's something that never hits the table, at least I know that if it does, I'm a little prepared and I'm aware enough of my own privilege to be able to tap out when I can't play that or play it appropriately. Being aware of issues around privilege also allows you to gently call your players on gross behaviours or insensitive jokes. Your games will be better for it when everyone is being conscious and aware.

Privilege sneaks up on us. We often don't realize that what we find easy or normal isn't what other people find easy or normal. This is why, above all else, I recommend you do a bit of reading on current issues around privilege, minorities, and get an okay grasp on the issues. Just enough so that you can see your own privilege and realize that your NPCs will also be having these battles. Whether your NPCs are disabled, trans, female, black, or gay, they will have their own agendas that are impacted by who they are, and when the world reminds them they are less because of who they are, that will inform how they feel about the world.

Like I've said though, this doesn't need to be front and centre, and it doesn't even have to come into play. It's just there. Just like when I play, being a woman informs how I play because of my experiences as woman. There's no shame in having our blindspots. How we handle our blind spots, by doing research, asking for help (and being okay when someone says no when we ask), and learning to look critically at our games are the big steps towards changing our GMing style to be inclusive and diverse.

It's key to remember that people be people. In your games, be diverse. Include people of every shape, size, ability, sexuality, gender, ethnicity, and culture. Make your game a hub of diversity. Normalize that in your games but always treat the content with respect. And when you stumble? Learn from it, pick yourself up, and keep going. Apologize to those who were hurt and mean it. But don't let failure make you afraid to try again. As we grow to become inclusive people, we fuck it up. I have fucked it up so many times. I'm grateful to those who remind me I'm not perfect. I learn from it. And I move on. I don't let my failure stop me from normalizing diversity in gaming and I hope you don't either.

Be gentle with yourself as you learn. Keep in mind that no one knows how it feels to be a badass  black trans woman vampire because there are no vampires. You have room to explore complex feelings, but don't overanalyze yourself and don't spend hours on it. If you want to have a great Korean wizard who doesn't need to talk about their Korean heritage and is way more concerned with the fact that the players are about to unleash hell demons? Do that. That's cool. Most people don't walk around discussing how their lives are impacted by who they are. Most walk around trying to get by, let alone if Cthulhu is coming to town.

Diversity is important. It's how we change the landscapes of our gaming world to make sure it reflects the world around us. It's part of what makes space for minorities in our gaming space. And it's one of the things we can easily do to ensure that we're helping make that space happen. Trust in yourself to bring that to the table, and trust in your players to follow your lead. When in doubt, remember that you're in a community that wants you to succeed. Forge a path or follow one already made. Gms are going to the ones who change gaming the most by making each game they create inclusive, diverse, and awesome. 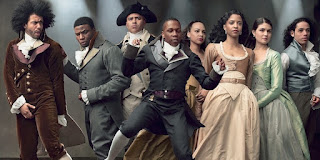