Showing posts from August, 2016
Show all

Mental Illness in Gaming: Never for the Lolz

I'm in an inflatable boat. I've been practicing all week how to paddle properly. I get out a bit and then remember how much I don't want to be in the water because I'm terrified of what's in the water. There could be something in there that will touch me. Or worse, bite me. I could lose a toe. Or maybe more. I could drown. The boat starts to go in circles as I paddle too fast and not evenly on one side then the other. My dad starts yelling at me for being an idiot. My mom's telling my dad to leave me alone and trying to get me to look at her. I can't breathe. It's so hard to breathe. I could die on this stupid inflatable boat. I could drown. I'm at school early because I hate being late. I have english first, so I'm walking on the side of the building when the school councillor smiles at me and asks me to come with her. As I walk towards the councillors offices, which are across the hall from the reception and principals' offices, I see one
Continue »

Her name is Swift. She is a hero but is seen as a misfit. Her society, those elusive wanderers in a dream-like void, see her as nothing more than a tailor. They value loyalty, so much so that it is the core belief their traditions are built upon. One day, people start throwing themselves into the void with their dead loved ones to prove their undying loyalty. Swift knows it's wrong, yet no one else can see why... Downfall is an evocative, expansive, intense RPG for three people. Winner of the IGDN Groundbreaker awards for best setting, and written by the amazing Caroline Hobbs , Downfall excites my imagination. For the last three or four years, mostly what I've been playing is PbtA games of varying flavours with variations. Once in awhile I'd take a break from them to play Golden Sky Stories or Ten Candles , but never anything for long. Downfall is a game I want to keep playing, again and again. The game itself is designed for one-shot play. The three of you ch
Continue »

Feedback Loops with Dice: Hurt Me Like You Do 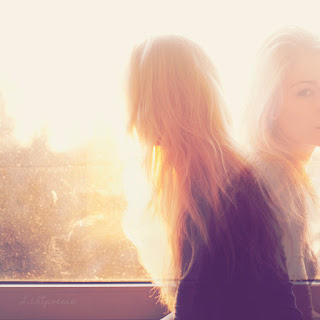 Trish is a human caught up in the supernatural world. Her brother has become a demon, slaughtering their parents and their friends. She was a monster hunter, kind of. With her friends. Before it went south that and that brother of hers went truly evil. She was 19 when it all started, dropped out of school to take care of her teen brother. He's a demon now. She's 22. She's in love with an angel named Ariel. He loves her back, but he loves her like one loves a favoured precious possession. She's too fragile for this world. Ariel is hunting the brother. Trish finds a way to pull the demon out of her brother, knowing it would pull the demon into herself. She does so, to save the brother. Ariel kills her, because he loves her and suddenly understands that Trish knew he would do that for her. The mortal is dead. The supernatural people around her bury her and say kind things about the person she was. A silence hits the table. It's my character. Trish is mine. I killed
Continue »
More posts