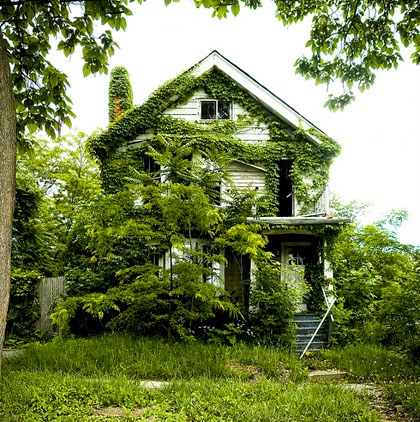 The fact that this world features a return to the romantic age via stories that invoke Children of Men, the Walking Dead, and Nausicaa is something I was instantly struck by. The fascinating world, the striking imagery, and the functionality of the game all called to me. It wasn't a game about whose gun was bigger, whose gang was more bad ass, and whose Mad Max style car was more epic. It was a game about tragedy, recovery, trauma, and the very human elements of the apocalypse that are often forgotten in favour of swearing, guns, and blood.

There is a softness in the Sea of Leaves I find more compelling than any other apocalypse setting. The story goes that some number of years ago (it's not clear) The Event happened. Overnight, a giant forest grew. Humanity was devastated and destroyed. They scattered under the canopy to build small but interesting communities. The animals became clever and wise, able to plot against us. Within the Deeps (the deepest part of the Sea), the Call came. It lured people from their homes at night, and they became crazed. Communities struggle to survive, just like in any apocalypse. They need food, shelter, supplies to grow crops, raise meat, provide medical attention, cut down trees to build forts and homes. They need life.

You play a drifter. In the past you have experience some psychological or physiological trauma that has rendered you with a case of PTSD strong enough to make you immune to the call. This makes you able to move between communities to facilitate trade, rummage for supples in the deeper part of the woods others would never venture into, and in exchange, you seek time in communities. You want to belong, but your trauma makes you unable to fully integrate. The game has mechanics so you can "deal" with your trauma in play. It's a fascinating way to bring up PTSD, trauma, and mental health in game that doesn't automatically jump to making it happen for the lolz.

Actual Play? Well... the system is easy. You have a stat and two tags (descriptors for how you do things) that you can add together. Then depending on difficulty you roll 2 - 5 D6 and see if you can roll under your total. The game has a few more simple mechanics, such as rolling for trauma (to stress yourself out but also heal your PTSD a little), for rolling against other PCs and rolling against NPCs. Because the NPC rules require that you make stats for all of them, I basically ignored this rule, as I hate rolling as a GM.

Because the mechanic is simple and narrative (Players justify their choices), play continues quickly and effectively. The Sea of Leaves offers a variety of outposts and communities that, unlike the walking dead, are actually interesting and have not just male leaders. People are people in the Sea of Leaves, and they do what human nature dictates: They work together. They still have problems and interpersonal issues, like any group of humans, but unlike most post apocalyptic settings, they don't go to guns right away.

And on that note: GUNS ARE FUCKING RARE. It's great. It's awesome. Violence is a serious thing in this world. But the game isn't without reproach. My biggest complaint about Summerland is the way trauma is discussed. They talk at length about how important trauma is, how it is so powerful it means that you can't function in society, but the examples they give of trauma downplay what trauma is. The example: "I got in a physical fight at my last place and now I can't be with people anymore." Weak. 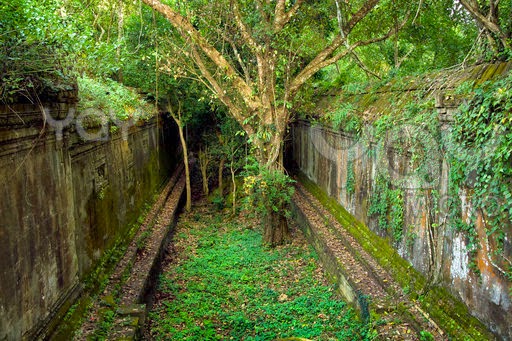 Anyone with a trauma history knows that while a physical altercation may be emotional, trauma is soul sickening. I encourage players to play to their comfort level. New players usually do something safe. Recurring players go for broke. Kids die, family members are stolen, their lives are messy and emotional and their traumas are interesting and poignant to play out. I have a hard time with the way the book goes about it, but I think it comes from a place of trying to make a space to talk about trauma and mental health. So I give it a kudos for that, as it's the first game I've seen use a setting to explore that dangerous and triggering topic.

Overall, Summerland is a game I keep returning to, both as a player and as a GM. I love GMing it because the world is subtle and layered, nothing is as it seems, and it holds mystery for new and old players. As a player, I love exploring who my character is becoming as they heal and figure out what they were isn't who they are. Each character's transformation is different, just like life, and that is a fascinating thing to watch in and out of game.

SUMMERLAND
Price: ~$10 bucks for the book PDF. I have a hard copy which cost around 20 when I got it.
Players: 3 - 6
Gm Work: Medium. You can use the pregenerated communities in the book, or in the supplement available, but it's still a lot to know.
Dice: Up to 5D6
Materials: One book, character sheet, dice. Simple, easy, mapless.
Feel: Dark, traumatic, beauty in hope, rebirth, romantic era, nature vs man
Rating: 5/5. It's a great, striking, emotionally invoking game. Worth a play or five.