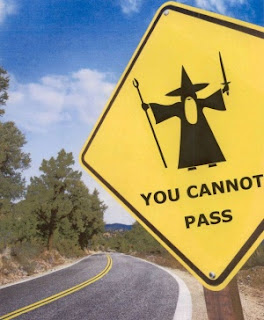 Once upon a time, in the blessed lands that held our gaming ancestors, there was a way things were done. There was the GM, the players, and there were rules with mechanics that supported the game. These mechanics helped define what would happen in the fiction of the game. The fiction of the game was the world the characters, who were played by the players, inhabited. The world was illustrated and controlled by the GM. The goal of these games was to explore fantastic worlds, be the heroes, and provide a simulation of what being in that world would be like. The more close the game tried to be to real, the more rules it needed to pin down every possible bit of the world. The end.

Except it's not. Gaming has evolved so much in the last few decades that some games are hardly recognizable against the traditional games we know and love. I sometimes wonder what our original designers would think when they look at games like The Quiet Year or When the Dark is Gone or Fall of Magic. I mean, would they look at that and it would blow their minds? Would Monsterhearts make them fall over? Would they play Apocalypse World? Fiasco? Microscope? Would they Nordic Larp?

Maybe. Maybe not. I like to think that game designers are the kind of people who enjoy looking at game design and seeing what they like and what they don't and trying games out to see how they run. I would like to believe that designers can see the merit in experiencing other types of games rather than the kind they make themselves. I know I play all sorts of games, although I love me a good story game. Trad games aren't my jam. But I get that they are other people's and it's important to understand that games appeal to different people for different reasons.

But one type of game does not make another type of game less real or less valid. Our community as a whole spends a lot of time pointing out it's not a community as a whole. We spend a lot of time pointing fingers, adding labels, and embracing what makes us so different from each other rather than what makes us similar. It's this divide that continues to fester and deepen as gamers stop seeing themselves as gamers and as story gamers or indie gamers or trad gamers. These definitive subcultures are so effective at convincing us we only belong to one group or another that they have effectively drawn lines in the sand.

The great thing about subcultures is how protective they are. They love their own people. They love that little label given to them and they love to point out how other people don't have that label. They confirm their choice, in being in this group, and having this label, is in fact the best choice. People who make other choices are wrong. As the colloquial saying goes, they cannot see past the end of their noses. It's such an easy pattern of behaviour to fall into. And it's one I'm just as guilty of. But this protectionism can mean venerating our own subculture while othering and demonizing another subculture.

This is the narrative we hear a lot. Trad gamers are x. Indie games are y. Both sides are firing bullets of invalidation and hate towards one another. It gives us an enemy. It means we don't have to look at our own behaviour. And it doesn't look like we're stopping to consider that we don't get to be the ones to say what's worth playing and what's not. While we may have strong feelings on what we like to play and what interests us, we are not authorities on the things we do not like. We do not get to completely invalidate games because we do not like them. Regardless of our likes or dislikes or what gaming subculture we say we're from, a game is a game.

When we start to get into discussions around what is a real game, we start putting up barriers to entry. If designers see that certain games are getting called fake games, or not real games, they may withdraw from the community or see that their game wouldn't be welcomed. They may feel like they wouldn't be allowed entry into game design because people would say they're not real designers because they're not making real games. And what's that? Gatekeeping.

Gatekeeping is the very common act of not allowing people into a space. The people in power (the majority) are the ones holding the keys to the gate. They get to say who gets in and who doesn't by their opinions and how they talk about those opinions. The gaming community loves to gatekeep, and one of the ways it loves to do that is by telling other designers that their designs are wrong and that their games aren't real games. Basically, a bunch of people have the keys to the castle and they won't open the door unless they think your game is up to their standards.

What does that boil down to? Well, it's usually a bunch of people with more social capital who are negating a game because it's not their jam. There's a range of academic discussions on what is and isn't a role playing game and honestly, I'm happy there's academic discourse around gaming. But when we start pointing at games and saying "not a game" we're limiting what a game can be, we're ignoring the vast growth gaming has had in the last two decades, and we're siloing game styles to prevent integration, appreciation, and acceptance. Instead of having our definitions of what games are expand, we're trying to limit wha games are by sticking to outdated and frankly impressively limited definitions.

But of course, the people who are decrying one game type over another aren't banishing these so called unreal games because of a variety of in depth and well thought out discussions or because while they've tried to find out how the game challenges our definitions of games, they're struggling with how to work with it, but because... they don't like it? Or better yet, my favourite argument I've seen on why a game wasn't a real game? Because they wouldn't play it. They haven't played it, haven't even tried to play it, but can definitely say it's not a real game because, well, it's just not their cup of tea.

And we should call bullshit on people who are throwing up gates that should be torn down. We don't need another hurdle for games to jump over. We need to start expanding our definitions of games so we can properly discuss and understand movements in our communities. Indie and trad games are constantly learning from each other. They are both moving forward and both taking bits of each other to make better games. We are seeing more and more experimental games coming out. More and more story focused games, and crunch focused games, and games that straddle both worlds. And yet, our response is to hold up the stop sign and tell them to calm the fuck down because they aren't doing it right.

It's elitism. It's gatekeeping. It's gross and problematic and it leads to toxicity in our community. Language matters. The way we communicate matters. We are welcome to discuss why we like and don't like certain games. We are welcome to have conversations and discourses on what is a game, how we can use language to properly discuss gaming, and why that language is important. But we don't get to write off games and tell them they're not real games just because we don't get it, or we do get it and it's not for us. It's not that the game isn't a real game. It's that the game is different than how you've seen gaming, and instead of challenging your view on what a game is, you're telling the game it's not real. One is more work for you. It's not the option being selected.

When I was judging an RPG contest, because apparently I do that now, there was a lot of talk around what makes a real game and what doesn't. I didn't feel like I had enough social capital or cred to actually engage with that conversation and challenge the perceptions of others. I wanted to stick up for games that were readily being written off as 'not real games' but I also was afraid that I would be engaging in an argument I wasn't ready to die on a hill for. I didn't feel, as a woman and lesser known entity, my opinion would have value. I felt excluded and outside of what was considered authentic. Well. I'm ready to die on that hill now.

If your idea of being in this community is finding ways to break it apart, gatekeep, or invalidate other gamers, then I'm sad to report you may be part of the problem. Look at yourself, dare to challenge your own views on gaming, and update your definitions. Never dig your heels in and say you're right when it comes to writing off what other people are creating. It may be a game by a different name, but I assure you, it's still a game. It's your job to challenge your own perceptions and preconceived notions. It's your job to make this community better, not to dangle the keys and say someone doesn't get into the club because they don't meet your standards.

We must move forward with kindness, love, and a strong sense of community. The more we tear each other down, the more we manage to hide our own blindspots, to hide our own flaws, and to hurt each other by seeing ourselves as better than other members of the community. This behaviour is absolutely toxic and we should strive to end the kind of gatekeeping that is running rampant throughout the current conversations igniting the internet.


What is a real game?
It's any game that calls itself a game.