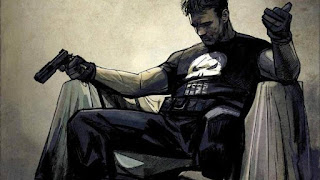 The paladin waxes on his family, their loss, and how that has left him a broken man. The knight speaks of his daughter's death and how he will stop the tyrant who killed her. The wronged talks about how she became a hunter because her wife was killed by the demon she hunts. The child has grown up to become a cop because his parents were killed and now he keeps the streets safe.

By Grabthar's hammer, they shall be avenged.

Society loves the person who's hunting for the thing that hurt them. We love a good revenge story. We eat up stories about wronged children, fridged wives, dead babies, and the poor soul left behind who takes it upon themselves to right the wrongs committed against them. Well, against those they love. We love it so much entire television shows are based around the Avenger. From Revenge to Supernatural, popular media has fully embraced the very classic revenge trope. And so too has gaming.

In any game I've played, it's perfectly normal to have someone who's family, in some capacity, has been killed and they wanna pay back the fuckers who did it. The trope is so often applied that I find people don't really dig into it or question it much anymore. No one asks me how I dealt with how my lover dying, because well, I'm on a revenge kick so the answer must be obvious. We so rarely get to understand the gravity of the trauma inflicted that to see it happen on screen, and the emotional response after, has become more and more rare. In fact, most of our characters who are out for revenge have a trauma that happened in the past, beyond our screen time, and have been on the revenge kick for awhile.

How did we get to the point where loss, grief, and murder of a loved one became so normal that we toss it about without thinking of what it means? Is this just another part of us devaluing our loved ones (so often women) so much that we relegate them to the role of plot point and move along? What does a good Avenger look like and how can we make that a compelling story? Is there a way to play an avenging character without it seeming overdone or shallow?

When I first started thinking about avengers, not a lot of good examples came to mind. Folks on social media admitted to fridging their wives left, right, and centre for the sake of vengeful characters in fantasy games. Hell, there's a playbook in Monster of the Week that tells you to fridge someone. We don't get to see these deaths usually. Deaths that motivate an out-of-the-box character tend to happen off screen. We are left to witness who they are now. And who are they now? They're angry. They're filled with wrath and an unflinching need to make someone pay for what happened to their loved ones, and subsequently, to them.

These avengers are often men (although not always) and their stories are a one-trick pony. This trope generally started as a man who was wronged, often because of losing something valuable like his property, his wife, or his child, who then went on a long drawn out plot of revenge. It slowly evolved to include the wronged woman, the raped woman, the orphan, and the wronged family. There are always going to be a variety of reasons we seek revenge. And since everyone's done this probably once in their life, is this a trope that's seen its heyday and needs to die?

Revenge can be a really dynamic, thoughtful, and interesting plot. We often tend to think of revenge in the classic Count of Monte Cristo sense, but more and more pop culture media has been embracing refreshing views on vengeance. Why then hasn't gaming caught up? Because gaming hasn't quite perfected the way storytelling works in pop culture. We're usually just a little bit behind in terms of story evolution, and gosh, do we love our tropes.

Let's take the wife out of the fridge for a minute and discuss how we update this tired trope. One of the most compelling revenge stories is the story of someone who's seeking revenge for themselves. They have been wronged in a very real way, in that they have experienced or are experiencing the trauma, both of loss and of the abuse itself. Part of what makes the avenger so appealing to people is the immediate removal of dealing with trauma and instead focusing that hurt into a weapon. It becomes rage instead of sorrow. And in doing so we remove the heaviness of death and loss and move right on to the anger.

The questions around the avenger can be potent, and most often, after the storyline has run its course. Does the revenge satisfy? What happens if it doesn't? What do you do when your life has no more purpose? How does the end of the quest impact the avenger's mental health? Does that anger fade away? Who are they now? Are they even recognizable and how much of that change was the loss and how much was becoming a murderer in the name of vengeance?

The moment of revenge is when the narrative shifts and we are left with questions. In a poorly designed avenger, the story stops when they succeed at their final task. We do not get to see the 'ever after' of their story. These one-note characters are useless. Toss them in the bin. Do not be the one who seeks solely revenge and cannot be part of a group plot line. Inigo Montoya managed to do it. So can you.

We have an opportunity with avengers to really explore the deep questions of loss, grief, and coping. The problem with having off-screen trauma around death, is we don't know what this character was like before the trauma happened. We're seeing them in full anger mode. One of the beautiful things about the new Frank Castle in Daredevil is how we see the trauma and how it impacts him. It makes him a complicated character dealing with PTSD that also provides extra story beyond his need to kill them all. 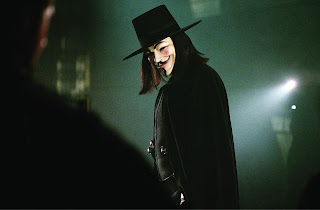 In Spartacus, we witness a rebellion take place because of the main character's need for revenge. But the show doesn't end when Spartacus and the gladiators rebel. It continues as they fight against the Romans, discover new facets of themselves, and the need for revenge takes a back seat as Spartacus learns the value of freedom and of giving freedom to others. Hope becomes as integral to that story as revenge. In Inglorious Bastards, we see a group of Jewish men going Nazi hunting and taking revenge for the damage done to them as a people and to them individually. In Django Unchained, we see a man take revenge against those who enslave others.

Freedom is a really big theme in the above, compelling examples. I'd also like to call on the Crow, where we see a revenant come back from the dead to get revenge. The unique thing about these examples of the revenge trope is that all of these people are the victims themselves. We often have flashbacks or glimpses of who they were before they became a victim and we definitely see how they fight being a victim going forward. We see how they grow and change because of that victimization and we see them get retribution for the blood spilled. And yes, in the examples listed, wives get fridged. It's true.

But that isn't the part that's as compelling. It's what happens from there out that's interesting. It's the changes, the growth, the grief, and the emotional complexity that allows for these revenge tropes to feel fresh even though, on the surface, not a lot has changed. Except the protagonists in this are victims themselves. While many of us don't want to play a victim because of the implications and emotionality of that vulnerability, it's important to analyze how that will make a better story than a straight revenge plot because your wife was killed a few years ago.

Taking ownership of victimhood and becoming a survivor, through revenge and finding your own life after such a traumatic event, is a much more evocative and compelling story. It allows for those big questions I mentioned above to become the focus instead of the killing. Sure, they get their physical revenge, but what then? The revenge plot that finishes up faster than the rest of the campaign is the game that needs to be played. The wronged should be able to fight their demons, kill them, and then ask "what do I do now?" and make that just as compelling as the person on the hunt for the demons. The full arch ends with a lot of questions. Answer them. Embrace them.

Explore what it means to be traumatized and to try to grasp onto personal growth from tragedy. Decide how much of your character is going to be lost or sacrificed in the act of revenge, and what part of themselves they're killing to become a murderer. Ask hard questions, like how their old self would look at their new self, how their family and friends respond to them now that they're so dramatically different, and how they can move forward as person when they've been so damaged that it drove them to kill.

Having a loved one die is one of the most traumatizing things that can happen to a person. Making light of death and grief is both insensitive and boring as a dramatic tool. You want to play the revenge card? Go for it. But make yourself the victim. Don't fridge your wife. Don't kill your kids. Make it about you. Make it about your growth, change, emotionality, and eventually your vulnerability. Own it. Make space in the game for others to be in your life. Find reasons to open up, to reach out, and to ask for help. Make the character learn that there is good in the world though those around them. And don't make the revenge last forever. Get it over with. And become the new version of yourself. That's where good story lies.

It doesn't lie with the dead. It lies with the living. It lies with those whom we are witnessing change, evolve, and have traumatic growth. Story and compelling characters lies with completion and then looking hard at who that has made the character. I have played many characters who have gotten revenge. It was always hollow. Because it doesn't make things better. It just makes you a monster in the process. How do you come back from that? Can you?

Make your avenger vulnerable, fierce, undeniable, compassionate, and compelling. Make them the victim of trauma. Make them believable. Make them have grief. Make them real.