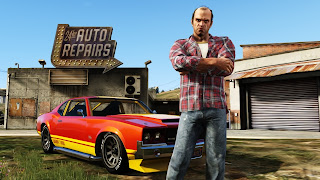 Power fantasies are important. I was recently asked on the Gauntlet podcast how I felt about power fantasies. It's something I've been thinking on for awhile, and I was ready to answer Jason when he asked me. I think that letting people play out power fantasies, as long as they can learn to share the table, is important because it gives people such a good way to feel important to the world. It's such a rewarding experience and a good space to let people explore. It lets them feel empowered.

Now, what is empowered? I've been thinking of how to give people a chance to feel empowered in games. It strikes me that gaming is all about feeling powerful. Or at least, a lot of gaming is. Gaming is the only world where we can strap on some armour, grab a sword, and beat the mother fucking dragon. It's the only world we can overthrow the tyrant. It's the only world where our influence on politics feels real. We don't ask "What can I do?" in a game with a hopeless, cynical look in our eye. We know what we can do. And we fucking do it.

Most of our games are designed to give some sort of feeling of power. Most of us, especially our male audience, want to be the hero. They want to feel powerful and like they are effecting change. In gaming, this tends to play out as white guys beating up people less powerful than them until they get to the top, and then beat the most powerful person. Because the hero is the one punching people with less power, he tends to be punching down. In video games this tends to manifest in things like Grand Theft Auto where you're a white dude running over women. How cool is that!? 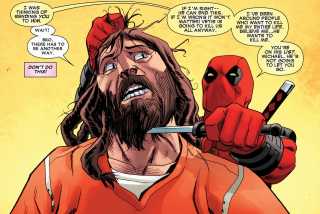 In RPGs, especially in fantasy genre games, we see heroes beating up socially marginalized groups, sometimes in the form of other races of people to other races of humanoids like orcs or goblins, and doing this to gain more money and eventually, more power, even though those others don't have social movement in society. We don't usually see the story of a goblin trying to make it in human society and be treated like a person. Why? Why is the story already about someone with power? Sure, maybe not the kind of power to which they aspire, but it should be noted that the hero is usually someone with more power than those he starts killing.

It's become far too common in any genre to let the hero kill or beat up socially disempowered people to gain experience, weapons, and improve themselves before moving on to bigger and badder things. How many impoverish criminals do we see heroes face off against? How many times are bad guys insane, like actually suffering from mental illness? How many times are they just trying to get by in life because of their circumstances? But we don't want to think about that, so we call them mooks and ignore that perhaps the reason the Latinx kid is in a gang is because of how much room socially they're allowed to have, mixed with poverty and systemic racism, and therefore being in a gang offers them protection and is potentially their only chance at success. Why do we ignore these implications? Well, because power fantasies are by and large for white men.

We do have a habit of seeing stories of women rising up to get revenge and killing those who have wronged her. It's not something I've seen played much in gaming, so much as I've seen it in media. I also can't think of any examples of seeing minorities getting a chance for revenge against those who have been brutalizing their communities. But why don't we see this in RPGs? Why don't we create spaces where the marginalized and abused can live power fantasies? Or why don't we have power fantasies where the heroes are punching up instead of down? 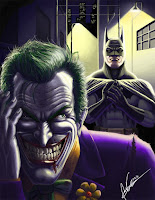 At Dreamation, I managed to squeeze in a game of Velvet Glove. The game is about ethnic girl gangs in the 70's. While the game we played was not really about fighting back, I have heard stories of other games about girls who break in to other male gangs' territories and destroy them or take down a teacher who was raping them. Power fantasies, every one of them. But they're power fantasies that don't hurt people with less power. They are specifically punching upwards, as those with more power, and reclaiming lost power in their actions. It is incredibly empowering.

It was the first time I felt like I had heard of and somewhat participated in a story about people who are less powerful fighting those who are more powerful, socially, economically, and financially. I listened to stories of women who played the game, and minorities, and how excited the game made them, and I couldn't help but feel there was something I had been missing for awhile. Of course there are games about women, and those are becoming more and more common, like the Watch. But there aren't a lot of games about minorities fighting against abusers. That was new to me. I could only slightly imagine what it must feel like, to be so invisible and rarely see your own struggle in games.

Empowerment isn't something I normally gun for. I usually tend to play in lower power who are just trying to cope with the world, rather than find power themselves. This mimics how I feel about it in real life, I suppose. I'm just trying to get by. Not trying to be the hero. The closest I've ever come to feeling like I was clawing back power from those with more power than me was in Monsterhearts. When my mortal character took her tragedy and let it turn her into a chosen, I felt like it was my attempt to regain agency and power. She would have the ability to hurt those who were hurting her and her friends now. She would be able to fight back. 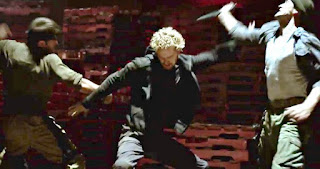 Maybe this is why I love the chosen skin so much. It was the first time that character felt like she could do something other than be in pain all the time. I think the chosen is a good way to do that, and maybe that's why I'm still mourning it as removed. It was my way of punching up. I hadn't thought of it this way until I began to search for my power fantasies and realized that I suck at them. Robin was a very broken attempt.

How do we make power fantasies more about those who need to gain power and less about hurting those without power? We switch the narration around. We offer power fantasies to those who are minorities or women and give them oppressors to steal power back from. We don't need to keep making white men the main focus of the power fantasy story, or the helper of others who are trying to fight for their power. They can't come in and save those who are fighting against abuse or trying to reclaim power. There doesn't need to be a Matt Damon who saves the Great Wall of China.

Think really critically about the stories you're setting out. Who's the baddie? Who are the goodies? Who has more power in these situations? Who are the mooks? Why are they mooks and why is the hero hitting them? Are the mooks actually powerful or are they less powerful than the hero? It doesn't take long to break down power structures in your game when you start to look at it. It's easy to determine what kind of power fantasy you're allowing. 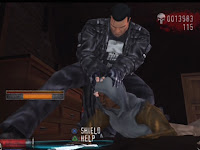 If you want to explore content that is about those with less power getting more, as in, empowering them, then say so. Set the tone before game. Talk about the themes you want to explore and really point out that you want it to be about a group of people who socially have less power and are going to be reclaiming some of that power back. Let that frame the players' characters and see what they come up with. What does that power fantasy look like to them?

I'm continually intrigued by how people utilize games to explore power, empowerment, and reclaiming power. Intention can be a big part of it and understanding just how powerful empowerment is can be a huge part of that. If we create spaces in our games for the tropes to be inverted, for the one seeking power to be someone without power instead of someone already with power in society, we present a newer story, a story that needs desperately to be told. I long for the day when power fantasies for the disempowered are the norm.

Many of our games about women and minorities aren't about getting power. They're about exploring the feeling of being a woman or minority in a world that wants to kick the shit out of them. My default is never to reach for power, so much as it is to survive. But when I play a game where someone tells me this is about you finding power and fighting back, then I dive in with those goals. Sometimes, we need to be reminded, those of us who aren't used to assuming we can get power, that in a game, and in life, we can.

With games like Velvet Glove and Warbirds and the Watch hitting shelves and Kickstarter, we're beginning to see games that take power fantasies and make them about those without power getting power. Night Witches flies in to my heart by offering that to the women of the Russian Air Force. It's time to start handing the spotlight over to those who haven't had it, and who should be given the opportunity to feel powerful land important in a world that continually tells them they aren't.

Make sure your heroes are punching up. Make sure the bad guys are actual bad guys. Don't continue to use racist allegories for mooks, or have your heroes stepping on the less powerful on their way up to the big bad. Let there be space for the power fantasy of a queer mafia or a girl gang taking back the night. Let your power fantasies become more than just you impacting the world, let them be statements of inclusivity and a way to dismantle problematic content in game. 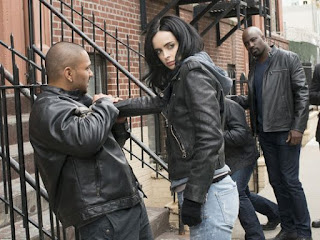