This Is A Man's World: Fighting Against Bullshit

There's a dreadful moment in a feminist's life when they wake up, open their inbox, and are flooded with messages. From comments about how gaming is a male dominated hobby and women shouldn't be allowed in, or allowed to organize, or allowed to well... do much besides play, maybe? To messages about how I should be sent to Syria so I could get raped and know what true oppression felt like. Maybe I should be raped to death by a pack of dickwolves?

What do you do when someone asks you what's giving you life and you struggle for an answer? Not because there aren't great things happening, but because so many of those great things are dramatically shadowed by the indifference to evil and the evils themselves that are happening. I'm not one to get into good and evil rhetoric. It's not my style or a place I'm comfortable being in. Yet there's a threshold where we need to start discussing what makes a person a bad person. And sometimes, when it's pushed far enough, they're just too horrible to say bad. There has to be another word.

I awoke to a rape threat yesterday. I wanna say no big deal. I wanna shrug it off and smile and go through my day. It isn't the first time I've been threatened and I know, for certain, it won't be the last time. The intolerant have been given more and more space to speak their minds. Asking for safety in the gaming community has made me the ideal victim. Combine that with the fact that I'm generally congenial and fat, there's so much for them to work with.

When I talk about what it's like to be on this end of the rape threats, the doxxing, the hate, the comments, the flame wars... people are incredibly sympathetic. I get a lot of sorries and sympathy and sometimes empathy. I get a lot of talking. Of course, I never see them take to social media and begin talking about how this culture isn't okay. It's not because the people I know are bad people, it's because the culture is so rampant with hate it's impossible to see my threat as different than any other threat.

When did we begin to accept this as inevitable? "Oh, if you're a woman and you talk about sexism, well, boys are just gonna wanna hurt you." Excuse me? And you're what, okay with that? The longer I do this the more and more I realize that the community hasn't changed so much in six years, just that I'm tougher and better equipped now. For now, I won't be running away. I won't be backing down. Waking up to the world on fire is terrifying. My small experience in it is minimal compared to what's happening outside.

The goal isn't to be sympathetic. It's to be actionable. It's to take steps forward. It's to embrace the fire inside of you that's built from rage, combine love, and to move forward with integrity and righteous anger. We can clean up our own backyard. We can stop making space for missing stairs and making excuses for people who we think are good designers but are shitty human beings. We can stop accepting that people support exclusionary practices. We can demand our designers and companies do better. We can speak up. We can act out. We can resist. 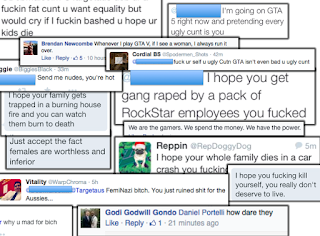 What will you do? What can you do? You may not know me, and you honestly may not care that I received a threat. But I hope you care that women can't exist in our gaming space and talk about their experiences without people minimizing them, silencing them, intimidating them, threatening them, and ultimately abusing them. That's not okay. And it's not okay because it's not just women. It's everyone. We've not made space for anyone who isn't a straight white dude.

Start calling shit out. Hear something racist? See some art that's just all white people? Or sexualized women only? Say no dice and demand better. Email designers. Tag them on social media. Start conversations and keep them going. Never be silent. Never let people be silenced. When you see people talking over minorities or telling them that what they are experiencing is bullshit, then call that out too. 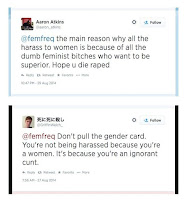 Make spaces. If you want to make something and you need people, seek out minorities. Hire people who don't usually get offered opportunities. Help them deliver if they need it. Make space in your community for voices we don't normally hear. And when you see a project that isn't diverse or even trying to be, say that. Ask them where the diverse voices are and why aren't there diverse voices. Back projects on Kickstarter that are minority lead projects or projects that have great diverse teams. Make it a point to look for these things.

Smother oppression with your fire. Yell back until you can't anymore. Go toe to toe with the trolls, yell nonsense at them until they give up and shut up. Don't let them win. Defend people who need defending. Give love to those who are being hurt. If shit goes down at a local gaming store, talk to the owner. Tag them on social media. Ask for your local convention's harassment policy.

When you run games, add inclusive content. This just means normalizing a variety of ethnicities, cultures, genders, and sexualities in your NPCs and setting. Have those conversations if you need to but mostly make them just a normal part of the world around the characters. Make your spaces safe for minorities to enter. Have tools for increasing safety that are visible and easy to get. Make yourself a safe space. Listen. Shut up and listen. Then take the new weapon you were taught and go use it.

Designers! Make games that mean something. Make games that challenge the bullshit narrative that's going on in your own community. Make your stance on this shit fucking clear. Don't hire awful people. Don't pay them money to continue functioning in this community. Hire people who aren't given the same opportunities. Start projects and have a diverse set of writers and designers. Own your mistakes in the past. Be open to conversations. Don't dig your heels in. Absolutely use your current space to promote and talk about diverse creators. And make your games have some of this content in it to deal with. Pollute the gaming world with inclusive and challenging games. 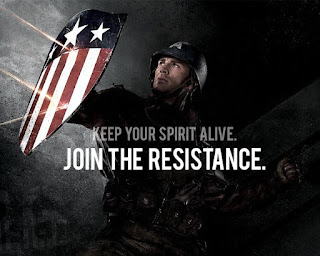 Our resistance should be fire. It should be a virus that can't be stopped. It should spread between us and leave no room for doubt that we will not stand idle while our community and our world is under threat. Whether it's women and minorities in gaming or dealing with the "alt Right" Nazis that are ruining America or the white nationalists that are murdering Muslims, we cannot ever, ever, ever, stand idle.

You want to play games and be the hero? Today's your chance. You can make a difference. You can fight the good fight. You can hit back. You can join the resistance against this bullshit and say enough is enough. It's easy to forget that we can be actionable every day and do something every day. Every day do something to make hope, to show love, to fight back, and to squish something gross. We're fighting on so many fronts. And we need to. This is our chance to show that we will not be silent, we will not just shrug and say "that's the way it is" or "well, yeah, that happens" or "I'm sorry that sucks for you" and do nothing.

I will not let myself let the fear for my own personal safety be more important than calling out this shit and making our community better.

I will fight every step of the way.

I will not be silenced. 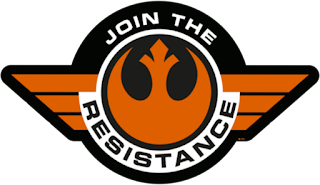