Warrior Down: Pretending to be Nice

October 21, 2016
I'm in a conversation on the internet about sexism in RPG art. The last poster has told me I'm a fat feminist no one should listen to. It's only been forty minutes since my initial post about sexist art being problematic. We've escalated quickly to this point. I reply that I give zero fucks what he thinks and being an asshole doesn't change the fact that the art is, in fact, gross and exclusionary. A few minutes later I get a post from a male friend who tells me I would get more flies with honey.

Why can't I just be nicer to the people who are participating in abusive behaviour? Why can't I be calm and gently explain why it's problematic nice and slow and with smiley faces and lols so that everyone can know I'm not serious about my oppression? Why can't I pause between the emails, webpage flooding, phone calls, and messages on social media about how awful I am to have a man removed from TAG to calmly explain to them all why he deserved it and why I didn't give him another chance and why him following women home didn't warrant banning?

Why the difference? Because at a convention I'm on high alert. I'm on guard for that moment when shit blows up and someone stomps on my feeling of being a valid member of the gaming community. At Fan Expo this year, I was taking pictures for social media. It had been a great con. No one had been gross. And I was proud of that fact. Then I asked if I could take a picture of the game for social media. A dude goes "Can I get a kiss for it?" This joke, with him specifically, happened twice.

Background: I've been volunteering with Fan Expo for about eight years and organizing the gaming room as an assistant for about five years and one of the main organizers for three. My team also did the RPG track at Breakout. I have a lot of experience facilitating and organizing. And yet this one man could make me feel unsafe just by being gross. Did I say anything? No. I sat down at my table, felt insecure, and complained to my team about it.

Why didn't I do anything? Because if I call out every bit of sexism with the rage of the pain that it gives me I would be one of those feminists. The angry ones. The bra burners. The man haters. The ones on their period. The emotional ones. The femi-nazis. The misandrists. I could jeopardize my gaming future by one wrong word, one bad outburst, one moment of anger. My reputation could become worthless and I wouldn't be professional anymore. I'd be that girl. The girl well-meaning men and older parents tell you not to be. Be nice. Smile. Be pleasant. Bite your tongue. Don't speak. Flies in the honey. Don't you want flies stuck in your honey?


Woe to being that girl.

There is a space for women in gaming. It still exists as the same space we provide women in society. The crime of being confident and stand our ground and while also being vulnerable and emotional is one that some of the biggest leaders in space carvers are found guilty of. They are abused and dismissed because they are one of those feminists. It's a title I regularly flirt with. In my last post, I talked about a convention that had been full of asshole dudes. On my first write through, I named that convention, the organizer, the dudes, the designer. I named them. I was willing to publicly say "these people suck for these reasons."

When I asked my friends if I should do that, I was warned against the potential fall out and repercussions. Not just to my reputation as a good and nice person, but that I would likely receive harassment and abuse because I named shitty people in the community. In the end, I took the safe road and didn't name them. I didn't do it because I was afraid of blowback in terms of harassment. I did it because I was legitimately afraid people wouldn't want to work with me or play the games I'm working on if I called out men on their shit publicly. I was afraid my viability as a designer would suffer. I was afraid.

But as I flirted with the idea, I went through and screen shotted all the posts, the instant messages from the men, the proof. Why? Because I was told to because my integrity would be questioned if I couldn't provide proof. This is a common theme in a woman's life. After I gathered my evidence, showed other people, and got confirmation that I was in the right, I still just tucked it all safely in a folder and didn't pull the trigger. 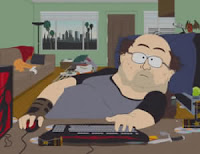 Escaping this fear, for me, is a constant struggle. In theory, I should be able to speak freely about what upsets me, about what is abuse, as long as I'm considerate about those who are being abused and that I'm not speaking for a minority and I'm respecting space. But I should be able to speak about sexism without fear of repercussion, right? Except I can't. Our community isn't safe and it's the indifference of good people that let that happen.

On Wednesday, one of my personal heroes and friend posted on her blog for the last time. Anna Kreider is one of those feminists. She's unapologetic, in your face, full frontal rage. This has earned her enemies, friends, and everyone in between. She's fierce. She's intense. She's someone I look up to and someone I've watched suffer for being fierce. Like many of the women I know, she's the target of violence and abuse for being fierce. I look at Anna and my heart breaks for her. She isn't the soft, sweet, passive woman that is acceptable. She's everything that makes us uncomfortable as a community and culture. And we, as a community, have sat by silently and watched her suffer. Because it wasn't our fight.

You don't have to like Anna. You can be one of the many who actively dislike her. You may even be one of the many who harassed or bullied her. What you should do though is acknowledge that this toxic behaviour needs to stop. My personal bias aside, the work she's doing is important, almost as important as her being a human being. I woke up to my article on including women in gaming being found by an "ethics in gaming journalism" reddit page. It's been a real slice. Will you be upset if I get harassed? Why not? Is this what I deserve? Is this what anyone deserves? Can't you just pretend to be nice?

I've talked about when it's your fight before, when it's your war. I'm not here to reiterate that. I wanna talk about being nice. About being kind. About being a woman who takes it because it's easier or safer or because they're afraid. I'm that woman. The lesson I have learned is to be friends with everyone, don't take sides, be pleasant, be courteous, be kind, and smile. Reach out to people, give them the benefit of the doubt, and try to gently educate rather than yell. 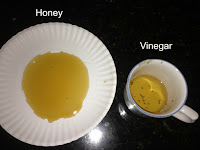 Why? It's got dick all to do with honey, that much I assure you. It's because I learned early that I don't think I could endure the abuse. I've been doxxed and I've been harassed and called every name. But it's on a small scale for the most part. The reality of what could happen is all too known to those of us who are writing about inclusive spaces in the gaming industry. One quick google search will show you the horrible things that happens to feminists in the gaming industry.

Now, I'm not saying I'm not the kind-hearted, caring individual most people have come to know and trust and love. I am. I'm loving. I'm kind. I care fiercely about those that have come into my sphere of caring. I'll go out of my way for a relative stranger from the internet. I'll open myself up to people for the sake of their comfort. You got some emotional labour you need done? I'm your girl. Every time. It's a running joke to some of my closest friends, the amount of emotional labour I do for the people in the community that I do know. And I love being a good friend and a kind person.

Angry feminists. These are often the women I love the most. They're the ones I look up to and I wish I could be more like. I end up struggling with the reality that I love myself more than I love dying on the hills that are for the good of the community. I will speak out, but I won't come out swinging. I'll come out and try to remind people to be kind to each other and try to hear each other, even though I don't think anyone should have to put up with sexism. Or worse, I'll support from the sidelines. I'll send instant messages of love and support instead of jumping into the fire. Which isn't to say that kind of support isn't useful or helpful, but that it's not all I could be doing.

Witnessing my friend need to step away for her own health and because she cannot endure our industry on this level anymore is heart breaking. As a person who is deeply empathic, it's enough to bring me to tears. On a human level, we should be heart broken. Someone has been harassed to the point of silence. On an industry level, someone who is controversial but pushing for the betterment of our industry has been silenced. On a professional level, what the actual fuck? If we're fucking professionals, how does this happen? How do we let this happen? 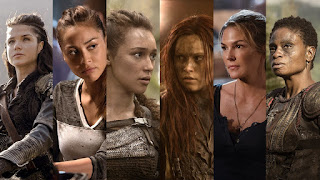 I look at my fellow feminists who are fighting the good fight, who go into war and come back with blood on them. Some of it's others, and often, their own is mixed in there too. Sometimes we lose too much blood. Sometimes we need to call in reinforcements while we retreat to camp and patch up our wounds. Sometimes we retire to safety when we get our sixth advance. I look at them and my heart swells with pride and love and a quiet wish to be more like them.

Maybe it isn't in my nature to draw blood. I know that it is. I've done it before. I've been one of those feminists. It's terrifying to stride into the fight, weapon drawn, and feel the fresh rush of anxiety that washes over you. When your hands tremble because you're anxiety is so bad and you're crying but you're still typing because fuck them they're wrong and you're not gonna let another asshole get away with it. Draw blood. Be a problem. Fight back.

Or maybe the fear and trauma from fighting has already started to keep into my heart. I watch a warrior step off of the battlefield. I'm sitting at the back, waiting by the medic tent, bandages in hand. I've taken a move from another playbook to play the Angel instead of the Battlebabe. I can't say for sure anymore whether it's my nature or it's the new way I fight back is to patch up the warriors coming off of the field. I wish I could find my weapon again. I wish I could take the axe from her hand and walk out, screaming for vengeance.

All I can do is offer to help patch some wounds and hold her hand and say: "I see you and you're incredible."

This is the reality I live in.