It's perfectly normal now for my characters to run an emotional marathon with one or two other PC's. I will always ask consent from the other player first. "Is it okay if Lexi falls for Michael?" But in general, my characters are now mature and well developed enough to fall in love, fall out of love, fuck it up, make mistakes, break up, and try again. They have an emotional capacity, which means that I do as well, as a player.

So what is it about meaningful relationships that makes them rare in table top games? Does the raw emotion of it scare us off? Are we nerds just so socially inept we can't handle it? Or is it because we risk confusing our own emotions with that of our characters?

But even though we love shows about complicated human relationships, mind numbing (and often sexist) epic romances, and interpersonal conflict ridden comic books, we can't quite get this down on paper as our characters. We don't want to pause to have the dramatic argument when a friend betrays us in game. In fact, we'd rather any betrayer just be simply evil so that it's not weird when we kill them. Our friend.

In a world where resurrection spells are the norm, shouldn't the frequent death of our friends eventually take a toll? Shouldn't we all have PTSD? I mean, our characters, anyways. And yet only recently are systems coming out that compliment these questions, relationships, and human needs. Games like the Apocalypse World hacks, Hillfolk, and Avery McDaldno's Dream Askew have begun to ask those important questions.

And here's the best part: THESE GAMES ARE AWESOME.

Monsterhearts, Urban Shadows, and Hillfolk have given me some of the most emotional and fulfilling games I've ever played. They were traumatizing, riveting, and got under your skin. They provide you with a beautiful cast of characters who need things from each other, and will do whatever it takes (sometimes) to get those needs fulfilled. Hillfolk does this on whatever background you want and welcomes external conflict to go with the internal conflict. As does Urban Shadows. Monsterhearts is about the messy lives of teenage monsters. And it sounds like a game you don't want to try. But play it once (better twice) and you'll be hooked. 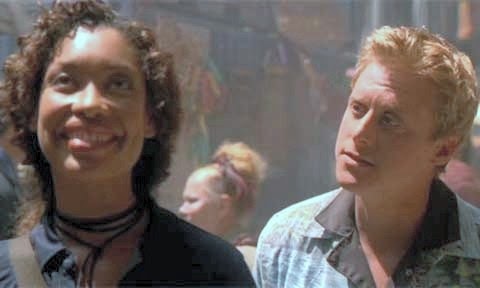 Remember that the best stories are told about people who give a fuck about each other. They will live, die, laugh, cry, and smile with each other. Would we have cared so much if Wash had died and not been Zoe's husband? Wasn't the dynamic between Zoe, Wash, and Mal fascinating? Wasn't that beautiful rust bucket ship full of its complicated, messy humans one of the best things? Didn't you want to play a game with a crew like that? Maybe that's why there's two Firefly rpgs out now.

Let's talk about love. And sex. And lust. And need. And want. And hate. And agony. And heartbreak. Let's talk about it all in games. I wanna see my friendships grow deep and meaningful, fall apart, get thrown together again but never quite be the same. I want my characters to love, to cry, to get heartbroken, to feel moments of true happiness, and to be thankful for the happy moments. I want them to feel hope because someone else thinks they're beautiful, to feel despair when someone they love is threatened, I want them to feel unsafe because their loved one lied to them.